Her Story Campaign – A Sexual Abuse Story by Munachukwu 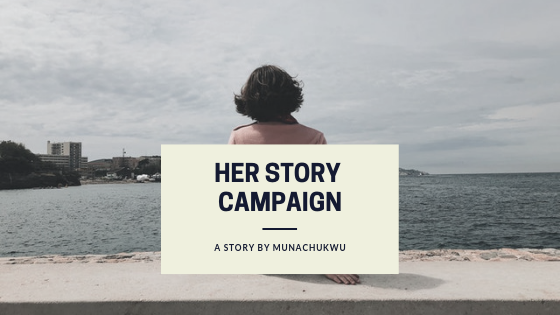 I was sexually assaulted as a child from age five to age 10 by different men; the longest one went on for about 1 year. He was our next door neighbor, he was highly liked in the neighborhood so telling anyone was almost impossible.

It started in the mid 2000’s; at the time we lived in a public compound. He was 28 years old, our next door neighbor and pretty liked by everyone. He had a stereo, a TV set, pretty much everything that attracted us kids to his house.

I and my friends would go over to his house to watch TV. He made us feel comfortable, he would buy us things and make us feel welcomed. It started slowly, he started showing particular interest in me. I was a child so I saw nothing wrong with this special attention.

It eventually got worse, he would ask the others to leave and make me stay back.

Related: Her Story Campaign – A Rape Story by Jane Frances

What he did to me

He would put his hands under my skirt and warn me not to scream or he would kill me. I actually believed him and so I kept quiet and never told anyone.

When this started, I tried to stop going to his house because I was scared. Somehow he found a way to get me there; he would tell my mom that he needed me to buy something for him.

I remember I would always throw up on myself every time it happened, I felt disgusted with myself. I remember one time, I refused to let him touch me so he carved my thighs with a knife.

When my mother asked about that injury, I said I got it whilst playing. I couldn’t bear to tell her the truth. She later found out I was abused but it was after the last abuser. 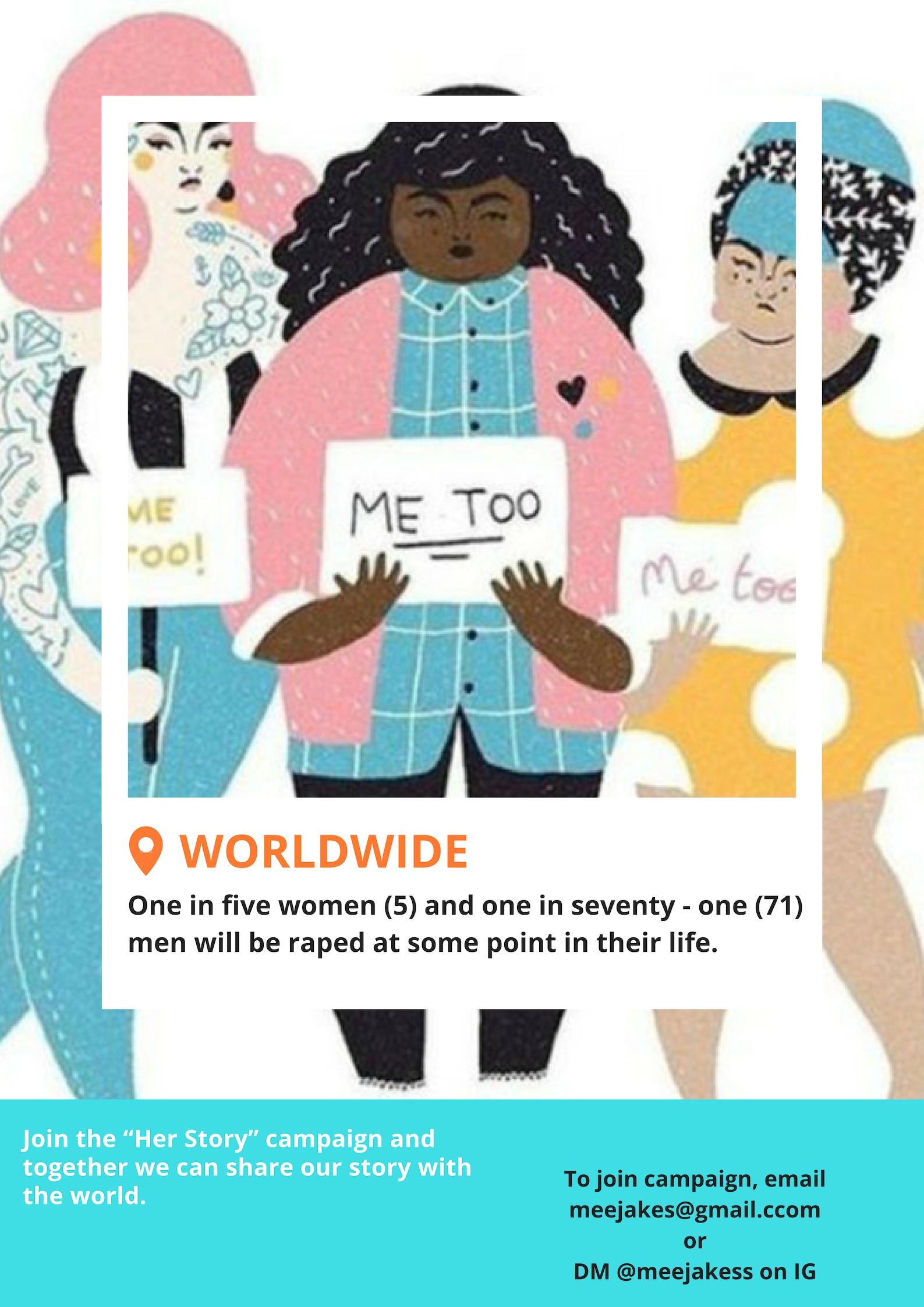 I still have nightmares from the experiences, 15 years of constant nightmares. They come as often as 3 times a week, I will turn 22 in July and I have being having these nightmares 3 times every week for 15years.

I don’t hate men, I wasn’t affected by the abuse in that way but I am only attracted to older men. 10 years age difference at least; I don’t know how to foster relationships.

I am extremely introverted, they took away my childhood and made me a shadow of myself.

He has a 10 year old child now, I don’t know if he did this to other girls because thankfully we moved away.

Her Story Campaign – A Rape Story by Jane Frances Ekwueme

Her Story Campaign - A Rape Story by Jane Frances Ekwueme

[…] Thank you for reading my story, Please support the campaign by sharing and reading other stories here. […]